“Alien”
Acrylic on board

Painted this for a show at Carter Sexton’s caricature art show in April, 2018.
I’m not someone who’s naturally good at caricature, but I thought it would be interesting to take this icon I love and highlight something about him I feel people ignore…

He’s. An. Alien.
An illegal alien! A refugee! He’s basically a Dreamer.
Lucky for him though, he’s usually super-white and has nice quads. I say usually because my favorite Superman is quarter-Japanese Dean Cain, who was the inspiration for this and any other Superman I ever draw. Beyond his physical look and the best version of the suit I’ve ever seen, I love Dean’s Superman for bringing a little diversity to the character. After all, Supes is as much of an icon as Santa or certain religious figures, and they change their skin color all the time. Just depends who’s looking. 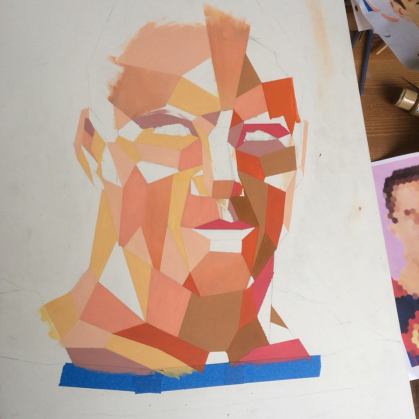 Hopefully this Superman, with his patchwork of skin tones, serves as a reminder to anyone who needs it that, even if we weren’t born here or don’t look like others around you, you can still belong here. That’s just the American way.

The painting was donated to the Superman Museum in Metropolis, IL, where it hangs with the rest of the Lois & Clark display. 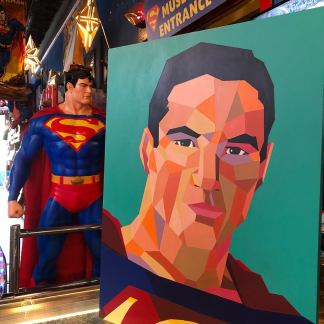 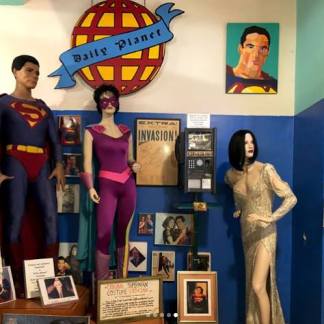 No, you're the nerd! View all posts by Matt Truex